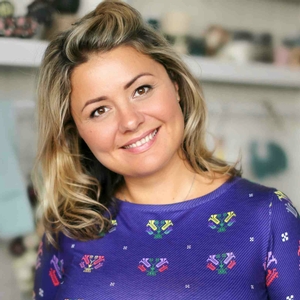 Beata studied Journalism in Vilnius University (Bachelors Degree) and Public Relations (Masters).  She has been working in television for more then 15 years in various positions from journalist/reporter to her latest position as host of her own televised cooking show.  She is married to Englishman Tom Nicholson, and has two children.  Beata lived in London for 10 years, moved back to her native Lithuania in 2013.  She is passionate about promoting Lithuania and it's rich culture and artistic creativity to the world.