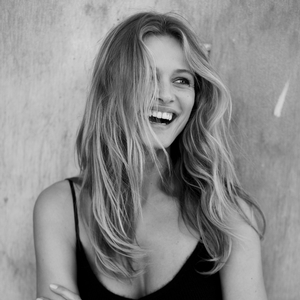 Edita Vilkevičiūtė
"Now more than ever, Lithuanian creativity and art is flourishing around the world. The LWAC presents an exciting opportunity to keep pushing this artistic momentum and energy forward. Whether it is in the field of music, literature, fashion, film, or dance, the LWAC can help support the next generation of artists and help have their unique work seen on an international scale."

Edita Vilkeviciute was born on January 1 in Kaunas, Lithuania. She signed with Women Management in Milan and Viva in Paris at the age of just 16.

September 2006 saw Edita take her first fashion steps when she walked for Just Cavalli in Milan. The following month, she featured in her first Vogue Paris editorial, shot by Katja Rahlwes , followed by another in February 2007 by Mark Segal.  During Fall/Winter 2008­2009, Edita opened and closed shows for Burberry Prorsum and La Perla . Her classic beauty and cherubic dimples soon won over the world’s best­known designers and photographers, and in 2008 she was chosen for Dolce and Gabbana’s Spring/Summer campaign, captured by Mario Testino . In the same year she went on to succeed Angela Lindvall as the muse of Versace perfumes, and Karl Lagerfeld signed her up to play Coco Chanel in his film Chanel, The Silent Film.

In Spring/Summer 2009, the young Lithuanian made further progress as one of the most promising models of the moment , opening for Valentino in Paris and walking in 35 shows including Chanel , Yves Saint Laurent , Givenchy and Chloe . In 2009 Edita was shot by both Terry Richardson and Patrick Demarchelier as the face of Yves Saint Laurent cosmetics and Blumarine respectively. She met up with Demarchelier again, on an editorial featured in the March 2009 edition of Vogue Paris.

Edita turned down the chance to become a Victoria’s Secret Angel in 2011, in preference of appearing on the runway for Versace’s collaboration with H&M. She also fronted Patrizia Pepe’s Autumn/Winter 2011­2012 campaign, and has been the face of Calvin Klein’s Eternity Aqua fragrance since 2012.

Mario Testino shot Edita's first Vogue Paris cover for the October 2013 issue, under the sunny skies of Monaco. In February 2014, she posed for the lens of Katja Rahlwes, dressed all in pink for the Rose d'hiver jewelry spread.