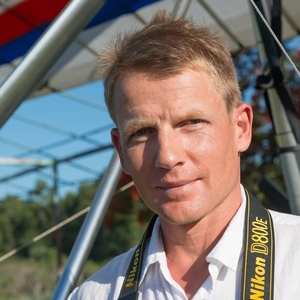 Marius Jovaiša
"There are so many talented word class Lithuanian artists scattered around the whole world. It’s time we created a system of joining them together."

Starting in 1994, Marius Jovaiša has been in the marketing communications business: established and ran several creative, media and public relations agencies networks in the Baltics (Lithuania, Latvia and Estonia). In 2001-2008 he was the president of Lithuanian Marketing Communications Agencies Association (KOMAA). In 2005-2008 he was the chairman of Lithuanian Advertising Self-Regulation Bureau.

His biggest selling book so far has been “Unseen Lithuania”, first published in 2008. Since then, this book has been printed in 11 languages, including Chinese, Japanese, French, German and many others. Marius Jovaiša’s personal photo exhibitions have been organized in more than twenty countries of the world, including Australia, Japan, Canada, Argentina, USA, Cuba, France and others.

“Unseen Lithuania” has been printed in more than one hundred thousand copies and has become the most successful book about his home country Lithuania. For his efforts to promote Lithuania’s image in the world, in 2009, Marius Jovaiša has been awarded a medal for distinguished services to the country by the President of Lithuania.

In 2010 he published his second aerial photography book “Heavenly Belize”, in 2011 – third book “Magic Cancun & Riviera Maya” and in 2012 – fourth, “Heavenly Yucatan”. Since 2010, Marius Jovaiša has been working in Cuba to become the first author in the world to be granted permission to fly and take pictures of Cuba and produce an aerial photography album “Unseen Cuba”. After almost five years of intensive work, he published this book in the end of 2014.

Since 2008 Marius Jovaiša is an owner and managing director of publishing company “Unseen Pictures” which produces his albums, organizes marketing, publicity and distribution of his projects.Marius Jovaiša is married to Brigita Jovaišienė, author of childrens books. They have four children: Marija Izabelė (12), Vincentas (8), Antanas (3) and Sofija Ona (1 month).