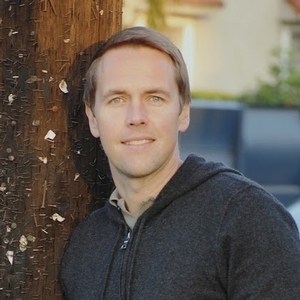 Marius Markevičius
"My goal in establishing the LWAC is to unite Lithuanian artists around the world. We can achieve more together than separately. We can work together as one to promote Lithuanian culture and help nurture and inspire the next generation of artistic talents. Right now, Lithuanian artists are achieving accomplishments on an international scale and it’s time for the world to take notice. People say Lithuania is a small country. I disagree. Lithuania is a country with a big heart...and BIG ART!”"

Marius Markevičius directed, produced & wrote the documentary feature film “THE OTHER DREAM TEAM,” which premiered at the Sundance Film Festival.  The film was distributed internationally by Lionsgate Films and Disney.  “THE OTHER DREAM TEAM” was nominated for Best Documentary of the Year by the Producer’s Guild of America.  In July 2013, Marius received an Order of Merits from the President of Lithuania, Dalia Grybauskaite, for his work on the film.

Marius was a co-­producer on "LIKE CRAZY," the 2011 Sundance Film Festival Grand Jury Prize-winning film starring Felicity Jones (Academy Award Nominee) and Jennifer Lawrence (Academy Award Winner).  The film was purchased and distributed by Paramount Pictures.  Marius also has been a producer on the CBS/NBA documentary “SUMMER DREAMS”, “THE WAY BACK" (directed by Peter Weir, starring Ed Harris and Colin Farrell), and "DOUCHEBAG" (2010 Sundance Film Festival).

In August 2015, Marius produced the film "ONE NIGHT", starring Anna Camp (Pitch Perfect), Justin Chatwin (Shameless), and Isabelle Fuhrman (Hunger Games).  The film is currently in post production and slated for release in 2016.

Currently, Marius is working on “ASHES IN THE SNOW”, the film adaptation of the New York Times best­-selling novel “BETWEEN SHADES OF GRAY” (Tarp Pilku Debesiu) written by Ruta Sepetys.  Marius will be directing and producing this project which will commence filming in Winter of 2016. The story centers on a 16 year­-old Lithuanian girl, Lina Vilkas, whose family is sent to Siberia in June of 1941 amid the mass deportations carried about by Joseph Stalin and the Soviet regime.

Marius was born in Los Angeles, California as a first generation Lithuanian-American.  In addition to founding the Lithuanian Arts Council and being an Advisory Board member, Marius is also Vice President and Board Member of the California Lithuanian Credit Union based in Santa Monica, California.