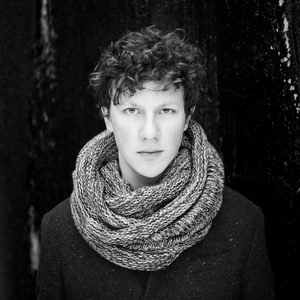 Martynas Levickis
"I am very excited to join the LWAC Advisory Board together with a group of interesting and inspiring Lithuanian artists around the world. As a classical accordionist, I am proud to be a part of this new and unique organization, which is an important landmark for Lithuanian culture and arts worldwide."

Martynas Levickis’ first started learning to play the accordion at the age of eight, at the Sondeckis School of the Arts in Šiauliai, later continuing his studies at London’s Royal Academy of Music (Prof. O. Murray). Currently he holds a Bachelor graduate degree.

Having started participating in national and international music competitions he became the country’s first accordion player to have won the prestigious Queen Morta Prize in 2004. In 2006, the Šiauliai City Municipality awarded Martynas with a Pigini accordion for his musical achievements.  The performer is the laureate and prize-winner of over 30 competitions. Amongst his most significant successes are: 1st prize at the World Accordion Competition Coupe Mondiale (2010, Croatia), 2nd  prize at the ATG Gala-Rini International Accordion Competition (2010, USA), five 1st  prizes in various genre categories at the AAA Accordion Competition (2009, USA). In 2011–2012 M. Levickis was selected to participate in the Park Lane Group concert series, and also won a prize from the London Philharmonic Martin Musical Scholarship foundation.

Following his success in the television competition Lithuania’s Talents, M. Levickis has tried to introduce a wide an audience as possible to accordion music, so his repertoire is very broad – ranging from Baroque to popular music.

In 2012, he  released his first debut album called iAccordion, consisting of famous accordion – played pop songs. The letter “i” before the name is a hint that Martynas wants to make the accordion as famous as the iPad or iPhone.

In 2013, M. Levickis signed a contract with The Music and Media Partnership management agency. The Lithuanian became the first accordion player in the world whose album was released by Decca Classics. His album that came out in 2013 titledMartynas was the most sought after classical music album in Great Britain.

The accordionist’s creative and concert activities were recognized by the Ministry of Culture of Lithuania, which in 2013 awarded him with the Young Creator’s Prize, and in the Global Lithuania awards for bringing renown to Lithuania’s name, M. Levickis received the title of World Lithuanian 2013.  In 2015, the artist was as well acknowledged in Germany – he received the “Public Prize” – a prestigious award from one of the most famous classical music festivals Mecklenburg–Vorpommern Festspiele.  Also in 2015, Lady R Foundation, whose founder is a famous patron of culture and art, philanthropist Lady Rothermere, became Martynas Levickis’ patron.

In order to contribute to a successful development of Lithuanian culture and Lithuanian artist work around the world, Martynas was invited to become one of the Lithuanian World Arts Council Advisory Board members.