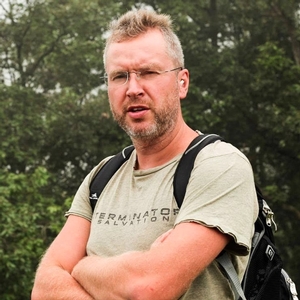 Žilvinas Naujokas
“Movies are perhaps the most popular and effective form of audiovisual art in terms of connecting people around the world. Lithuania has always had a wonderful tradition in cinema and now we are entering an exciting new era as an independent country with young filmmakers and fresh ideas. However, in this very competitive world it is very hard to be heard if you want to achieve anything alone. With the LWAC, we have a means to support the next generation of filmmakers and allow their perspective to be heard and seen...allow Lithuania to be heard and seen".

Company's first project, a period adventure: Fireheart. The Legend of Tadas Blinda was released in Lithuania cinemas on September 23, 2011. This national blockbuster instantly became and stood up as highest grossing film of all the times in the territory for almost three years.

The second movie, a comedy Single Valentine was released theatrically in the 1st quarter of 2013 and became the 3rd highest grossing local film of all the times in territory of admissions.

The third movie How to Steal a Wife, based on the play by Miro Gavran, was released in cinemas at the end of 2013 and became the 4th local movie of all the times in territory of admissions.

Around the World of Flying Windmill ­ first Lithuanian CGI­live action film produced by Tauras Films which appeared in the theaters across Lithuania on October 17, 2014.

In meantime, apart from all other projects, the company is working on Lithuanian ­ American co-
production: the film adaptation of New York Times best selling novel Between Shades of Grey.